Abortion is a fundamental right that has been legal in Canada and Quebec since 1988. Also called voluntary termination of pregnancy (VTP), abortion has evolved considerably since becoming legal.

Today, anyone who is pregnant can legally get an abortion in Canada. However, in practice, access to abortion varies widely from province to province.

In this article, the legal experts at MedLégal explain everything you need to know about abortion rights in Canada.

The history of abortion rights in Canada

To better understand abortion in Canada, let’s take a look at its history and how it came to be legalized.

A right that was long considered a crime

For a long time, abortion was considered a crime, making it extremely difficult and dangerous for people to terminate unwanted pregnancies. In 1969, an exception was added to the Criminal Code, allowing abortion in exceptional cases when approved by a therapeutic abortion committee.

This meant that legal abortion was reserved for those whose lives were endangered by pregnancy. In all other cases, abortion was still considered a crime punishable by a prison sentence.

Abortion was officially decriminalized by the Supreme Court of Canada in 1988. The Morgentaler decision declared criminalizing abortion unconstitutional, because it breaches the right to security of the person. Since that decision, people in Canada have been allowed to terminate their pregnancies without fear of prosecution.

The Supreme Court of Canada made another important ruling on abortion in 1989, declaring that a fetus is not a juridical person and therefore has no rights until it is born alive and viable. Furthermore, the court ruled that the father has no say in whether or not to terminate a pregnancy.

Since then, abortion has been a legal option for all pregnant people. However, it was not officially removed from the Criminal Code until 2019.

Today, anyone aged 14 or older can have an abortion in Canada. Free and informed consent is required in order to terminate the pregnancy. No one can oppose the pregnant person’s choice or make the decision for them, not even their parents, husband or religious community. Just like the COVID-19 vaccine, no one can force someone to have an abortion.

That being said, there are three exceptions to the rule.

Pregnancy under 14 years of age

People under 14 years of age cannot make their own decision to terminate a pregnancy. They need consent from their parents or guardian in order to have an abortion. If the parents disagree, a court can make the decision according to the pregnant person’s best interests.

Medical treatment for 14 to 17-year-olds

If a 14 to 17-year-old’s abortion requires them to stay in a medical facility for more than 12 hours, their parents or guardian must be informed. However, the teenager is still allowed to make their own decision about terminating their pregnancy.

Incapacitated adults must get consent from another person in order to have an abortion. The person in question can be a parent, guardian or spouse.

However, the incapacitated adult’s expressed wishes regarding the abortion must be taken into account when making the decision.

Pregnancy can sometimes be an unexpected occurrence. People who discover that they are pregnant have three options:

What is the time limit for having an abortion in Canada?

In Canada, there is no legal time limit for abortion—a person can choose to terminate their pregnancy regardless of how advanced it is. However, most abortions are performed during the first trimester (13 weeks).

Abortions after 23 weeks require special precautions, and not all establishments in Quebec are equipped to terminate a pregnancy at that stage. A lawyer that specializes in health law can help you find an establishment.

If necessary, a pregnant person can travel to the United States for a late-term abortion. The cost of the procedure and travel expenses are covered by the Régie de l’assurance maladie du Québec (RAMQ).

How much does abortion cost in Canada?

Abortion is free for anyone who has a health insurance card, whether the procedure is performed in hospital or in a private clinic. The decision was made by Quebec’s Superior Court in 2006.

Those who don’t have a health insurance card have to pay for their abortions.

Although abortion is now considered a fundamental right across Canada, access still varies widely from region to region. Provinces like Alberta and Prince-Edward-Island only have a few facilities that are able to perform abortions. New Brunswick refuses to fund abortions that are not performed in hospital.

Also, many pregnant people still get pressured by parents and relatives not to have an abortion.

Even though the right to abortion is now enshrined by law, many people in Canada still struggle to access it and have to fight to assert their rights.

MedLégal can help you fight for your rights

Today, abortion is considered a fundamental right. There are only three exceptions where a third party can make a decision about someone else’s pregnancy. Otherwise, pregnant people have the right to bodily integrity, meaning that they and they alone can choose whether or not to carry their pregnancy to term.

Asserting your right to abortion and other situations sometimes require help from a lawyer. MedLégal is here to support you should you decide to take legal action. Our firm can provide a variety of legal services to meet your needs.

Contact us today. Our team will be happy to listen and answer your questions. You can reach us by phone at 514-503-5644 or by email at [email protected]

Why Is Disability Insurance Important for the Self-Employed?

Who Has Access to Your Medical Records in Canada? 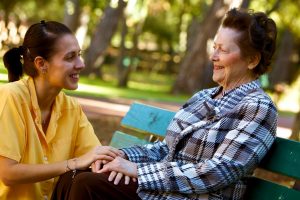 Tutorship and curatorship in Canada

Homologation of a Protection Mandate in Case of Incapacity